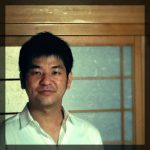 Bandoneon player on the side / Instruments player for improvisation, educational programs etc. /

Born in Kyoto, JAPAN in 1979. He live in Nara now. He had studied composition with Kei Kondo , composition and Piano with Yoko Kubo, Saxophone with Yasuhiro Shinohara in Osaka College of Music.

He had researched music in foreign countries with the fellowship of The Rohm Music Foundation from October 2005 to September 2007. He had studied basic Bandoneon playing technic with Nestor Marconi in Buenos aires, Argentina in 2004-2005. He had worked in Music Museum of Osaka Collage Of Music from April 2008 to March 2013 and had taught collage students and wrote some papers about Japanese traditional music and more. He is an amateur Gidayu-shamisen player of “Rokkakuza” -the traditional Japanese puppet theater in Nose, the north town in Osaka, JAPAN-. I am studying “Futozao shamisen” with Seisuke Tsuruzawa who is a shamisen player of “Bunraku“.
His speciality is Western Classical and Contemporary music, But He is related to all genres especially Jazz, World Music, Clubculture, Electronica, Sound Art and etc.

2017
One of the selected works for The ISCM World New Music Days 2017 (Vancouver), CANADA

2011
The Togashi Prize at the JSCM Aword for composers, JAPAN

2009
The prize at the 3rd international contest for compositions of Schiedmayer Celesta GmbH, GERMANY

2002
The public subscription of the set piece of All Japan Wind Competiton in 2003, JAPAN